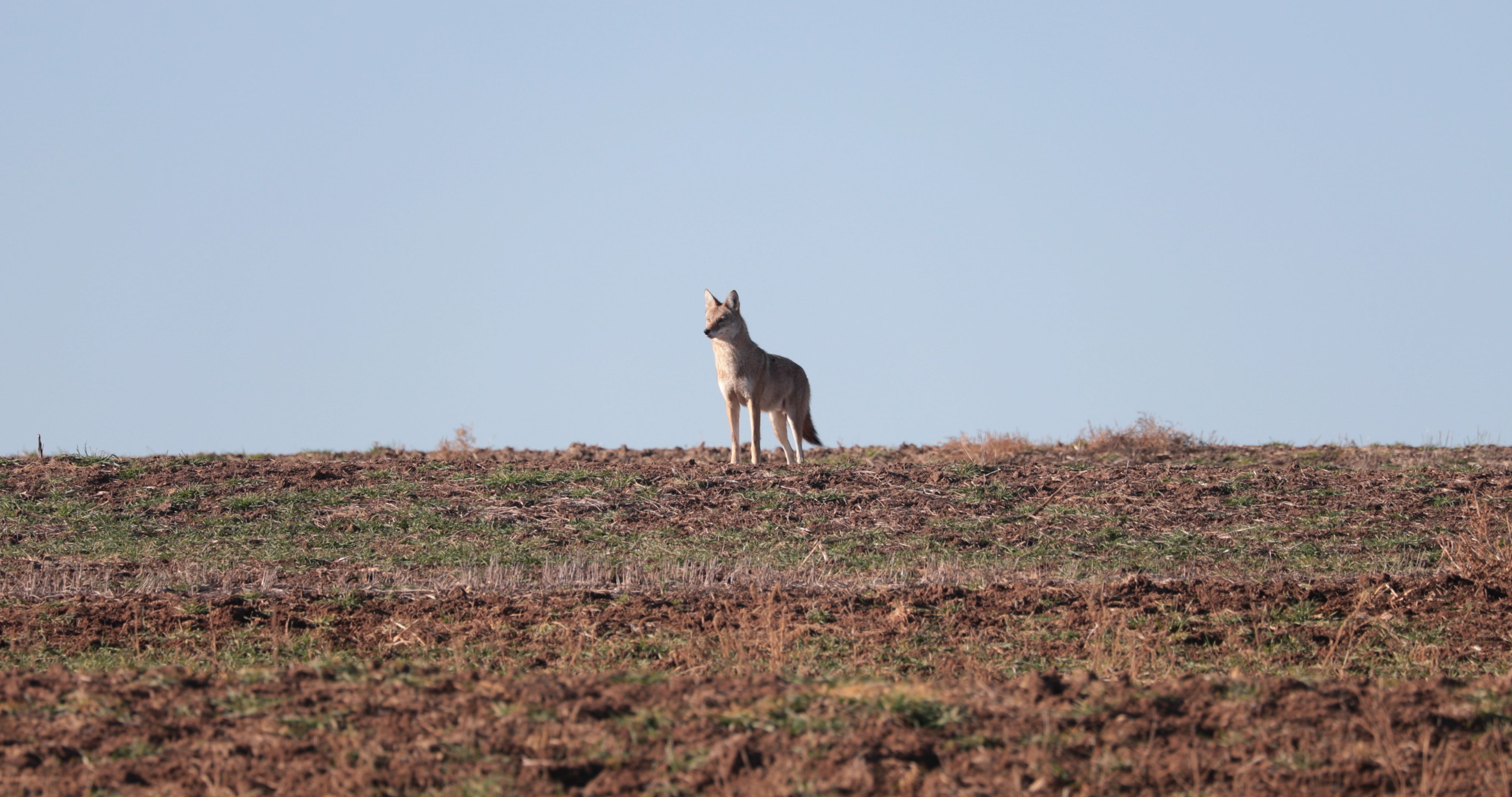 Do you have a favorite rifle, specifically one you coyote hunt with? Is it a semi-auto AR platform, a traditional bolt action or maybe a custom built, tricked out, suppressed, tactical variation? Whatever you are shooting, what are your reasons behind it as a coyote rifle? 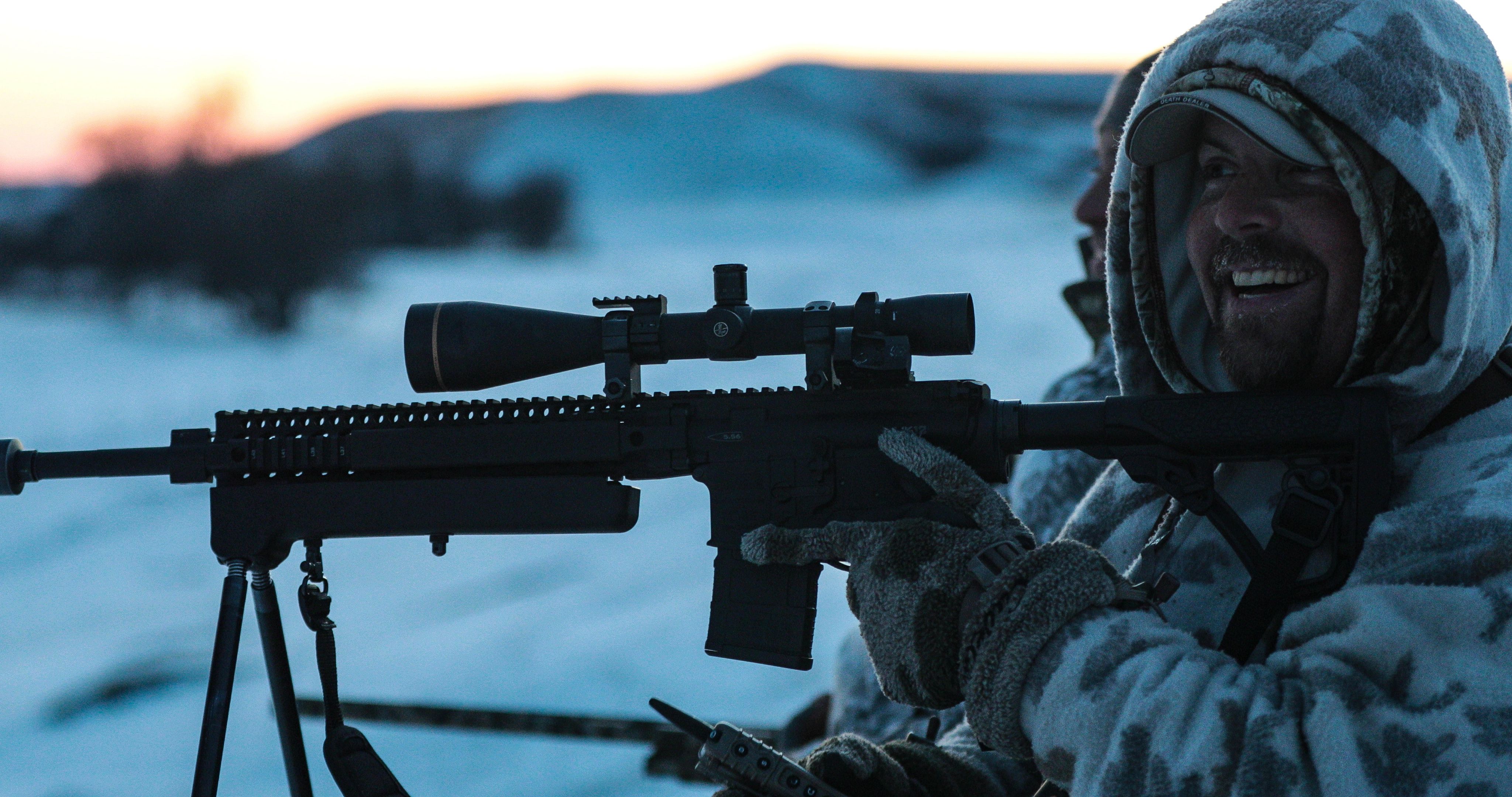 Things are really trending towards custom AR platforms right now, and I fully support Americans taking full advantage of their 2nd Amendment rights (as long as all laws and regulations are properly followed). As a 3rd generation veteran (my Grandfather was in WWII, and Dad served during Vietnam, and I served post the Gulf War), I fully support the freedoms those that have fought to preserve. That is what, in my opinion, is so great about watching YouTube videos of people building their own custom rifles and voicing their passions in doing so. Something that’s a signature of themselves. With that said, the .223 Rem round is becoming one of the most popular platforms with everyone I watch and follow that are big coyote hunters. It’s flat, it’s fast and can easily achieve sub-MOA and for a predator platform, gives you plenty of opportunities to keep sending rounds down-range on target. The recoil won’t ware-you-out. They are just a ton-of-fun to shoot, and still affordable to purchase good ammo in bulk. However, is the .223 Rem enough bullet on tough coyotes? How about the tried and true, with just a little more giddy-up, like the .22-250 or .243? There is even a big up-rising in the 6.5 Creedmoor owners thinking it is king of the hill. Or something even a little smaller like the .204 Ruger. Whatever your caliber, whatever you action preference, why do you hunt with the rifle you do? 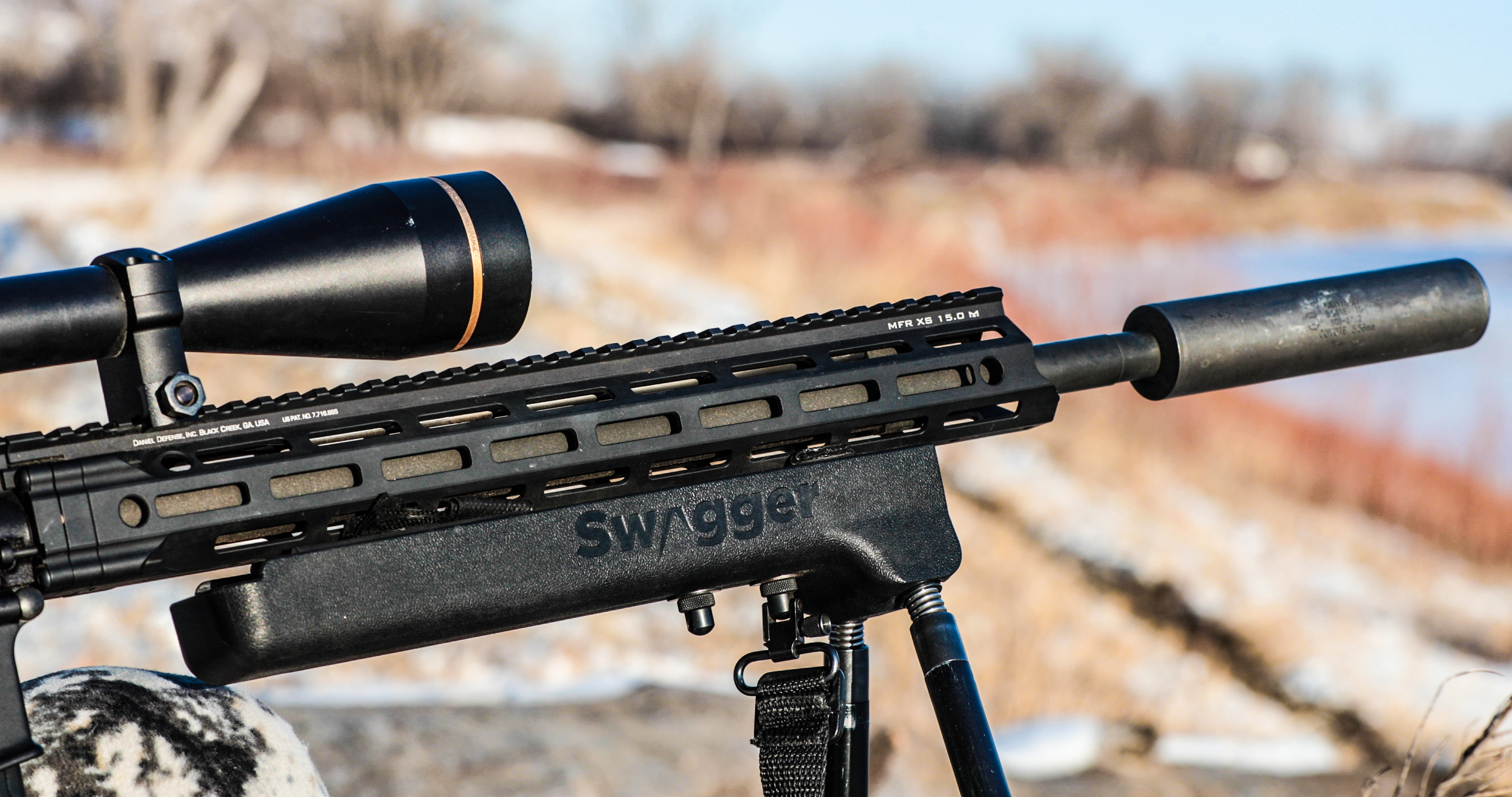 If you are selling your furs, small bore rifles like the .204 and .223 make perfect sense, causing minimal pelt damage. But, with marginal shots, what are your recovery percentages? Have you lost a coyote because it was able to absorb the round and keep going? Or maybe even having to put multiple rounds in it. That begins to defeat the purpose of a small-bore rifle to preserve the pelt. What if you are a rancher or livestock farmer, maybe you just want that coyote dead and something with extra punch is your preference (.22-250, .243 , 6.5 Creedmoor). I’ve even known some shoot bigger .270 and even 30-06. A pelt delivered to the local tannery from a .270 or 30-06 wound won’t be appreciated much, but I cannot image those are the guys looking to sell any pelts. 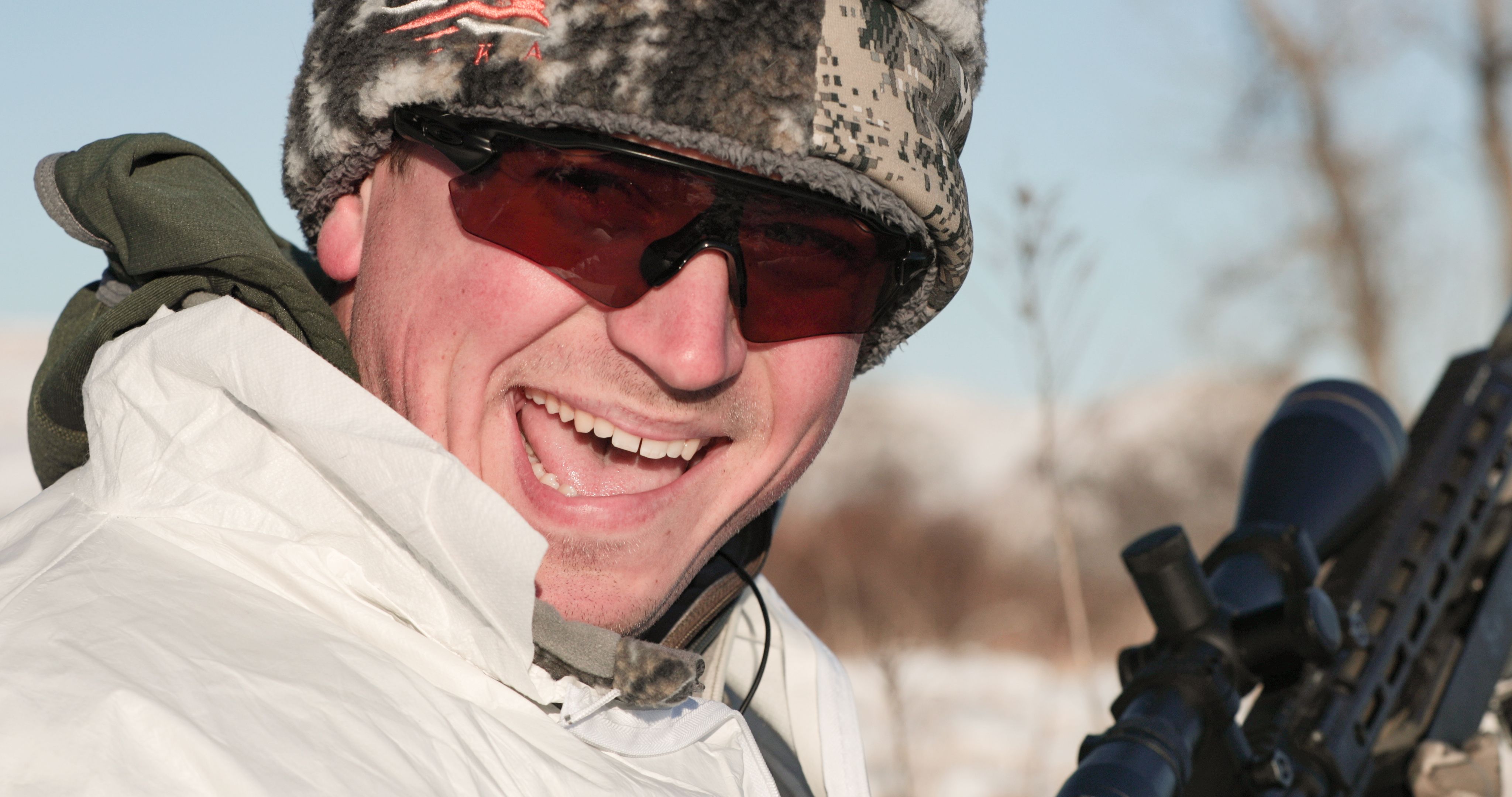 For me personally, I coyote hunt with a bolt action .243. I love the caliber and I’ve not destroyed many pelts. Bullet weights can be found as light a 55gr and as heavy at 115gr but the 85-100gr bullets being the most common. The .243 in an AR10 platform are starting to become readily available and I just may have a custom build in my near future. Whatever your caliber, whatever your target, I’m positive every hunter out there feels the same way about their rifle as I do mine. Use what you like, and are effective with, and keep after them. 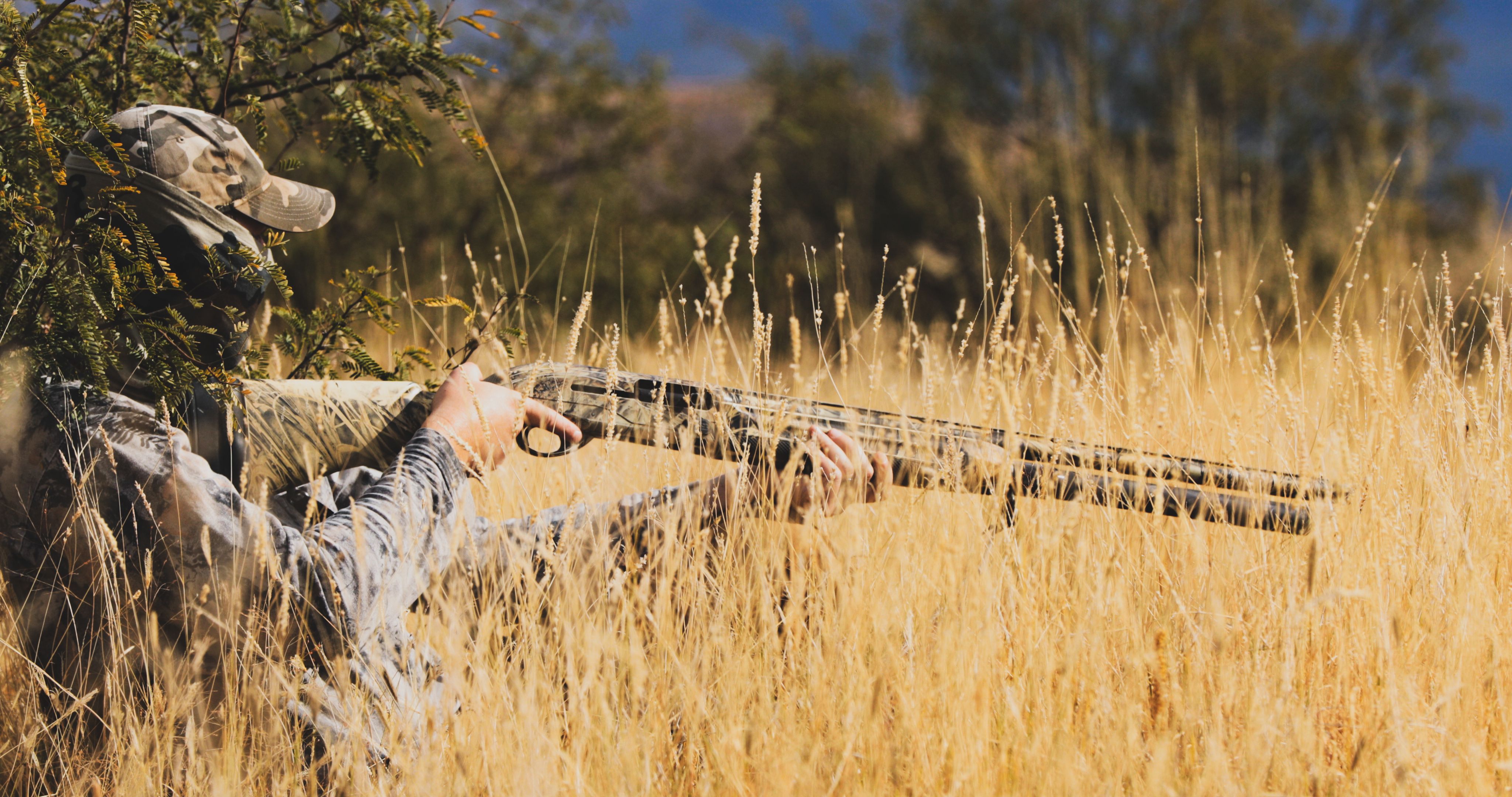